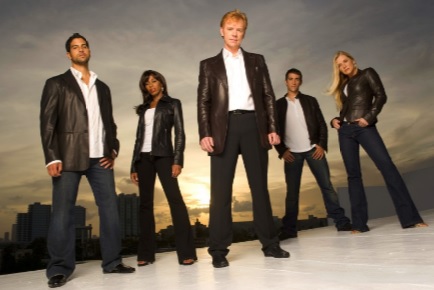 Want a fast-paced forensics drama set against the lush backdrop and pulsing rhythms of the southernmost U.S. metropolis? CSI: Miami is the one for you. The acclaimed series follows South Florida's premier team of investigators who use cutting-edge forensics and police work to solve crimes. Led by Lieutenant Horatio Caine (David Caruso), the Miami-Dade Crime Scene Investigators work amid the lush, t... SHARE:

CBS Justice is the home for top TV crime shows, but what offences do the British public think should be made illegal? Researchers polled the nation to discover the everyday “crimes” we’d like to see people apprehended for, which include not offering visitors cups of tea, playing music through phone speakers in public, and wearing flip flops in cold weather. Other “offences” we’d like to see outlawed includ... SHARE:

David Caruso is back with his suit and shades as Horatio Caine in the nerve-shredding series CSI: Miami throughout February. Yes, when the heat is on and the bullets fly, Caine keeps his cool behind his trademark eye-wear and style. The Miami-Dade Crime Scene Investigators also consist of ballistics expert Calleigh Duquesne (Emily Procter), cocky-yet-disarming investigator Tim Speedle (Rory Cochrane), underwater rec... SHARE:

Tweets by CBSjustice
Favorite Tweets by @cbsjustice
LATEST POSTS The heat is on this summer thanks to CSI: Miami Team Scorpion to continue to fight crime right up until November on CBS Justice! Walker is back for more in July All Features