CBS Justice is the home for top TV crime shows, but what offences do the British public think should be made illegal?

Researchers polled the nation to discover the everyday “crimes” we’d like to see people apprehended for, which include not offering visitors cups of tea, playing music through phone speakers in public, and wearing flip flops in cold weather.

Other “offences” we’d like to see outlawed include smelly food on public transport, excessive public displays of affection, and bare feet in the office.

In fact, 61 percent of Brits polled believe that people who commit many of these “small crimes” don’t care about the world around them, and should be fined to teach them a lesson.

Some of us get so miffed about other people’s behaviour that we’d be willing to go further and put offenders behind bars – even if just for one night – to teach them what is and isn’t acceptable.

Despite wanting people punished for these offences, 66 percent of those polled admit to having “committed” these types of antisocial acts themselves in the past.

Over a quarter (26 percent) of the 1,500 respondents surveyed by TV Channel CBS Justice said that driving in the middle lane of the motorway should be a jailable offence, while 22 percent said that the consequence of letting kids run riot in restaurants should be a night in prison.

A staggering 82 percent said they’d put an end to restaurant rudeness by fining people who are impolite to waiters.

The research from CBS Justice also reveals that 86 percent of the Brits polled think people are less considerate now than they were in their parents’ day. In fact, three quarters of respondents said they’d happily pay their debts to society for these types of infractions, if it would serve as a warning to others.

We’re willing to point out when someone crosses the line, with 50 percent of respondents saying they’d even tell their friends off if they misbehave. A further 12 percent said they couldn’t be pals with someone who continually carried out any of these acts.

Over-60s are most particular when it comes to using public transport, with 40 percent of this age bracket eager to see noisy behaviour in the quiet train carriage punished, compared to a 21 percent response from 16 to 29 year-olds.

Regionally, Leicester is the ‘criminal’ capital of the UK, with 83 percent of the local population confessing to these types of anti-social behaviour; nearly a third more than the well-mannered folk of Norwich (52 percent).

“This study clearly shows as a nation we are not the most tolerant. In fact, there are some things we simply cannot abide and behaviours we find totally unacceptable. The fact some of us would advocate a jail sentence to force people to reconsider their actions shows that we value playing by the rules and have an abiding sense of law and order – and perhaps a bit of a sense of humour about it all too”, said a spokesperson of CBS Justice. “Fortunately, UK viewers can see plenty of justice served on our new look channel, which boasts programmes such as NCIS, NCIS: Los Angeles, CSI: Miami, Scorpion, Walker, Texas Ranger, and Gunsmoke. 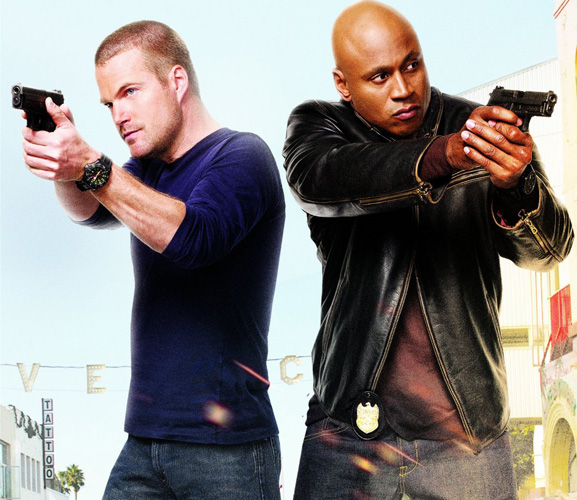 ‘NCIS: Los Angeles’ is a drama about the high-stakes world of a division of NCIS that is charged with apprehending dangerous and elusive criminals, who pose a threat to the nation’s security. By assuming false identities and utilizing the most advanced technology, this team of highly trained agents goes deep undercover, putting their lives on the line in the field to bring down their targets. Special Agent “G” Callen is a chameleon who transforms himself into whomever he needs to be to infiltrate the criminal underworld.

At the close of the second season, Hetty had mysteriously disappeared, and the team had uncovered her where...

For those of you new to CBS Justice, NCIS: Los Angeles is a drama about the high-stakes world of a division of NCIS that is charged with apprehending dangerous and elusive criminals, who pose a threat to the nation's security. By assuming false identities and utilizing the most advanced technology, this team of highly trained agents goes deep undercover, putting their lives on the line in the field to bring down their targets.

Special Agent "G" Callen (Chris O'Donnell) is a chameleon who transforms himself into whomever he needs to be to infiltrate the criminal underworld whilst Special Agent Sam Hanna (LL Cool J) is an ex Navy SEAL who knows how to handle the most dangerous of situations.

NCIS (Naval Criminal Investigative Service) is more than just an action drama. With liberal doses of humour, it's a show that focuses on the sometimes complex and always amusing dynamics of a team forced to work together in high-stress situations.

Will The Fugitive finally be caught? Find out Christmas Day on CBS Justice
Posted on Thursday 26th November 2020

The fourth and final season of the iconic 1960’s thriller series, The Fugitive comes to a dramatic conclusion on Christmas Day!

Dr. Richard Kimble (David Janssen) tried, convicted and sentenced to death for the murder of his wife, has been on the run and searching for justice, not just for himself but also for his late wife.

As the game of cat-and-mouse between Kimble and Lt. Gerard intensifies it all leads to a heart-stopping two-part finale which still holds the record for being one of the most viewed TV episodes broadcast of all time.

The Fugitive continues weekdays at 5pm on CBS Justice.

CBS Justice has moved to Freeview Channel 40 so you may need to re-tune to ensure you don't miss out on our line-up of action-packed, tense thrillers and police dramas.

Dr. Richard Kimble (David Janssen) tried, convicted and sentenced to death for the murder of his wife, escapes from custody after a train wreck and becomes a fugitive.

While on the run, he is pursued by Lt. Philip Gerad, as he searches for the one-armed man he believes murdered his wife.

Season 4 of The Fugitive was originally shown in 1966 and was the first season of the show to be broadcast in colour. Over 30 nail-biting episodes key questions are answered and, in fact, the final part is one of the most watched episodes of all time!

The Fugitive weekdays at 5pm with Season 4 starting 16th November on CBS Justice.