There are two sides to every story. Law & Order on CBS Justice
By James Whittington, Saturday 1st August 2020

The name Richard Wolf may not spring to mind when you think of the world of television drama, but if we mention the series Law & Order then you will start to appreciate what a small screen legend he is.

Dick, as he is known to his friends, cut his TV teeth as a writer for the hit cop series Hill Street Blues as well as Miami Vice, and quickly became established as a prolific and exceptionally reliable creative. But it would be his creation, Law & Order that would earn him global recognition. Fact fans might like to know the theme for Law & Order was composed by Mike Post, the same person who write the theme for Hill Street Blues!

Starting in 1990 and running for 20 seasons and 456 episodes, the structure of each episode follows a certain course where a suspect is caught and remanded and then the court case against the criminal. The twist being not everyone, no matter which side of the law they are on will be telling the truth, so stories would build up into unpredictable outcomes. 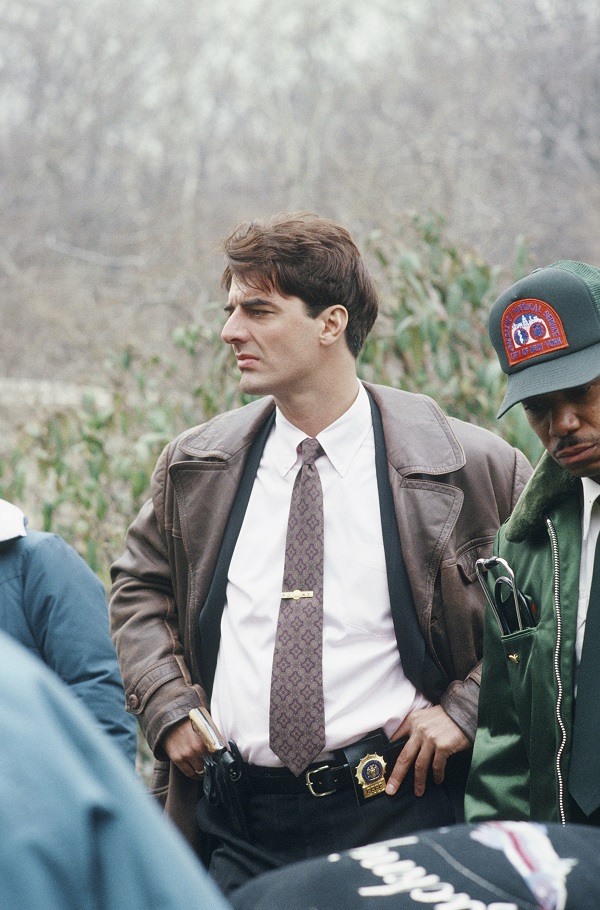 To add to the authenticity of the series it was shot mainly in New York and used the cityscapes and initially a real courthouse to help emphasise the atmosphere for each episode. You seriously have not seen the city used so much and so effectively in a TV series before or since.

As with all hit shows the series had guest stars lining up to appear but it was use of real people such as New York Mayor Rudy Giuliani and famous attorney William Kunstler that gave the series a real shot of authenticity and thus gave it a realistic identity.

In 1996 a TV-movie, Exiled: A Law & Order Movie gave the series a chance to expand its concept and though it didn’t lead to more it showed just how compelling the series could be in an increased running time. Ice-T who appears in this movie went on to star in the cast of the spin-off series Law & Order: Special Victims Unit, though as a very different character!

The series became the benchmark in police procedural dramas and now with five spin-off shows under its belt. Not bad going, don't you think?

For those of you new to CBS Justice, NCIS: Los Angeles is a drama about the high-stakes world of a division of NCIS that is charged with apprehending dangerous and elusive criminals, who pose a threat to the nation's security. By assuming false identities and utilizing the most advanced technology, this team of highly trained agents goes deep undercover, putting their lives on the line in the field to bring down their targets.

Special Agent "G" Callen (Chris O'Donnell) is a chameleon who transforms himself into whomever he needs to be to infiltrate the criminal underworld whilst Special Agent Sam Hanna (LL Cool J) is an ex Navy SEAL who knows how to handle the most dangerous of situations.

NCIS (Naval Criminal Investigative Service) is more than just an action drama. With liberal doses of humour, it's a show that focuses on the sometimes complex and always amusing dynamics of a team forced to work together in high-stress situations.

Will The Fugitive finally be caught? Find out Christmas Day on CBS Justice
Posted on Thursday 26th November 2020

The fourth and final season of the iconic 1960’s thriller series, The Fugitive comes to a dramatic conclusion on Christmas Day!

Dr. Richard Kimble (David Janssen) tried, convicted and sentenced to death for the murder of his wife, has been on the run and searching for justice, not just for himself but also for his late wife.

As the game of cat-and-mouse between Kimble and Lt. Gerard intensifies it all leads to a heart-stopping two-part finale which still holds the record for being one of the most viewed TV episodes broadcast of all time.

The Fugitive continues weekdays at 5pm on CBS Justice.

CBS Justice has moved to Freeview Channel 40 so you may need to re-tune to ensure you don't miss out on our line-up of action-packed, tense thrillers and police dramas.

Dr. Richard Kimble (David Janssen) tried, convicted and sentenced to death for the murder of his wife, escapes from custody after a train wreck and becomes a fugitive.

While on the run, he is pursued by Lt. Philip Gerad, as he searches for the one-armed man he believes murdered his wife.

Season 4 of The Fugitive was originally shown in 1966 and was the first season of the show to be broadcast in colour. Over 30 nail-biting episodes key questions are answered and, in fact, the final part is one of the most watched episodes of all time!

The Fugitive weekdays at 5pm with Season 4 starting 16th November on CBS Justice.

The Fugitive: Will he be caught this August?
Posted on Wednesday 22nd July 2020

The chase continues in August as The Fugitive: Season 2 comes to CBS Justice.

Dr. Richard Kimble (David Janssen) tried, convicted and sentenced to death for the murder of his wife, escapes from custody after a train wreck and becomes a fugitive. While on the run, he is pursued by Lt. Philip Gerad, as he searches for the one-armed man he believes murdered his wife.

Season 2 begins with the possibility that Kimble could have his conviction quashed but his legal advice comes from a lawyer who has had his licence to practice revoked! Will Kimble pursue this or should he remain on the run?